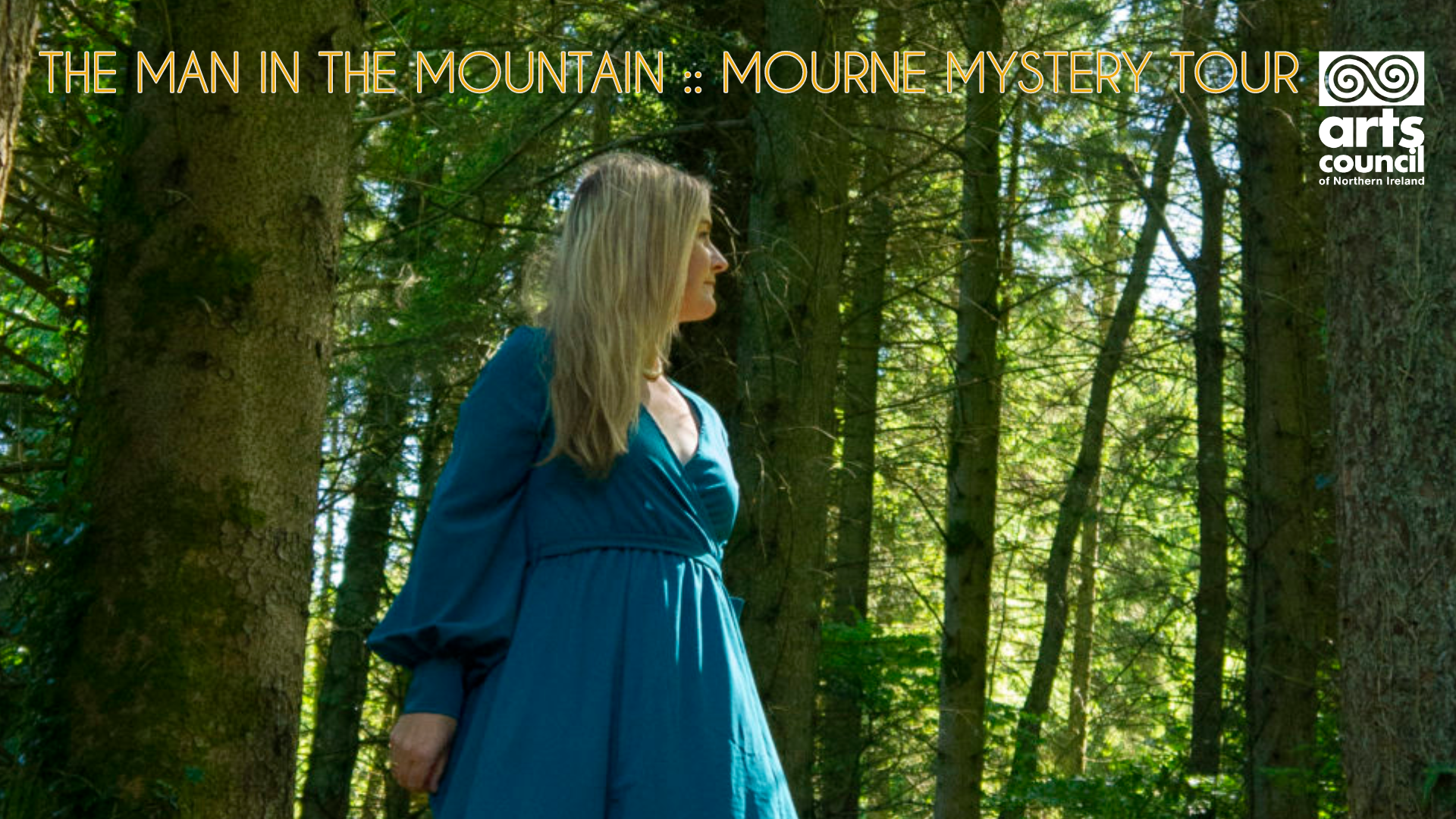 “Every note of sweetness to McVittie’s voice has a bite behind it too, showing you the stuff under the skin. A stimulating debut.”
★★★★ Jude Rogers, The Guardian

“A twittering duet of harp and birdsong cushioned in a gentle ambient drone as McVittie’s spirit soars aloft with sun, sky and stars”
★★★★ Andy Gill, The Independent

“McVittie takes her inspiration from W.B. Yeats’s idea of a kind of Celtic phantasmagoria which can be felt but remains essentially ineffable, and has recorded a timeless mix of traditional and original material.”
★★★★ Mike Barnes, MOJO

The Green Man/Eileen Aroon is the new single from Irish singer-songwriter Brona McVittie, a hint of what’s to come from her forthcoming sophomore album which follows her January 2018 debut We are the Wildlife.

The new single – accompanied by a brand new video – features Brona’s own songwriting (The Green Man) alongside a novel interpretation of traditional Irish ballad Eileen Aroon, showcasing a new collaboration with electronic duo Isan. Brona explains “both of these songs are inspired by the landscape. The Green Man literally grew out of the trees visible from my living room window. I could see his head of sycamore and his arms, branches of an ash tree. Eileen Aroon — composed by Carroll O’Daly around 1380 — espouses his love for Eleanor Kavanagh, daughter of the Leinster chieftain comparing her to a ‘flower of the hazel glade’”.

The marriage of styles in McVittie’s work reflects her musical influences, from her upbringing listening to British and American artists like The Strawbs and Judy Collins to her later interest in the electronic music of Boards of Canada and Plaid; and contemporary composers such as Peter Maxwell Davies. She cites Tunng and Juana Molina as direct influences to her combining electronic sounds with folk instruments.

We Are the Wildlife received glowing reviews from top critics across the board in Uncut, Mojo, The Guardian, The Independent and R2; airplay in the UK from Lauren Laverne, Gideon Coe and Cerys Matthews on BBC 6Music; Lynette Fay, Across the Line and Eve Blair on BBC Radio Ulster; in Ireland on RTÉ Radio 1, RnaG and LyricFM and global broadcast as far as the USA, Canada and Australia. On the back of this success she has gone on to perform at top concert venues including Dublin’s National Concert Hall, the Glasgow Royal Concert Hall (Celtic Connections), London’s Kings Place and most recently at WOMAD festival. Brona is well-known on the UK folk scene in her former role as lead singer and harpist for trad stalwarts The London Lasses. In addition to her solo career she is musical director of the Mourne Community Choir.